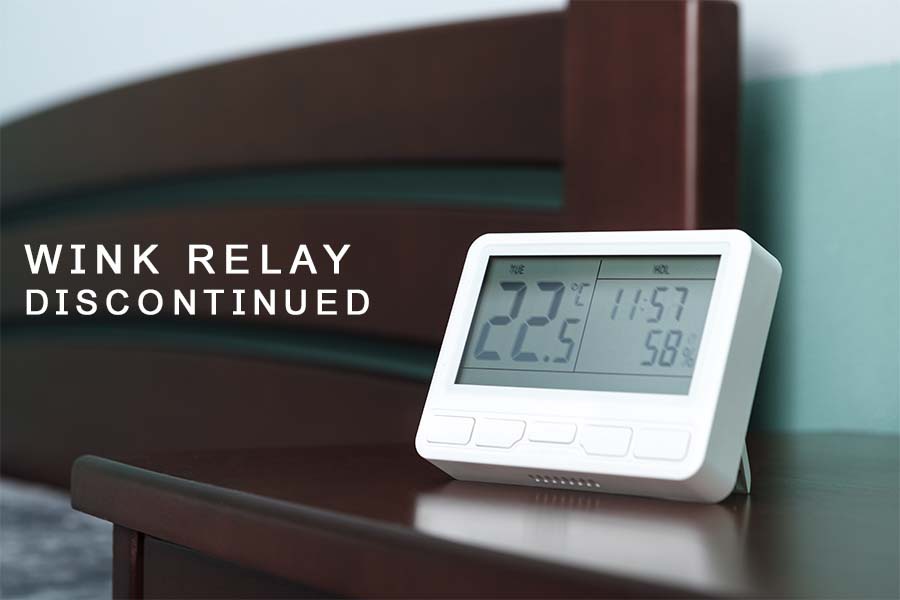 Wink is one of the leading brands in smart home products in the market today. All the Wink products are designed to be connected and controlled via any other smart device with the Wink app.

Wink Relay is the most popular product amongst users of the Wink. Wink Relay has a touch display installed in your house and connected to the desired network connection.

Here, we will talk about the Wink relay discontinued news: if it is true or not and the reason behind this decision, if yes.

Wink Relay lets you control all of your devices with a touch screen display. But, first, you need to make sure that it is connected to a strong network.

Unfortunately, Wink has much recently discontinued its Wink Relay, which has given rise to confusion and many queries amongst the users.

Wink discontinued the Wink Relay because the company was not receiving further profits from the product.

Further, the reason for having no benefits from the Wink Relay is that the brand already introduced most of the functions it provided in the other better versions of Wink products.

Wink has introduced advanced features to easily connect your smart appliances with any voice assistant and control them by giving voice commands anytime.

Additionally, these products are really easy to install and don’t take much of your time. There are several guides provided on the official website of Wink to help you with any trouble you are facing.

For any additional information regarding any product or details on why Wink Relay has been discontinued, you can visit the online Wink forums.

There is a possibility that some stores still have the Wink Relay device available with them. So, if you are someone who is looking to purchase Wink Relay, you can search such stores online and buy it before it gets sold out.

Once the existing stock is sold, there will be no further supply of Wink Relay on the market.

Several users who owned Wink Relay had this one question in common: whether their device will still function even after being discontinued by the company.

The answer to this is ‘yes.’ It doesn’t matter if the device has been discontinued.

It doesn’t affect its functionality. Wink keeps introducing new updates for Wink Relay to install now and then to make the existing models as efficient as they can be.

The updates give users several features and options to let them control the system even better. These updates also let you fix any issues you were facing with the previous firmware version of the device.

Given all the features, if you too are using the Wink Relay, you should keep it updated to the latest version at all times.

You can set your device on automatic update mode from its settings.