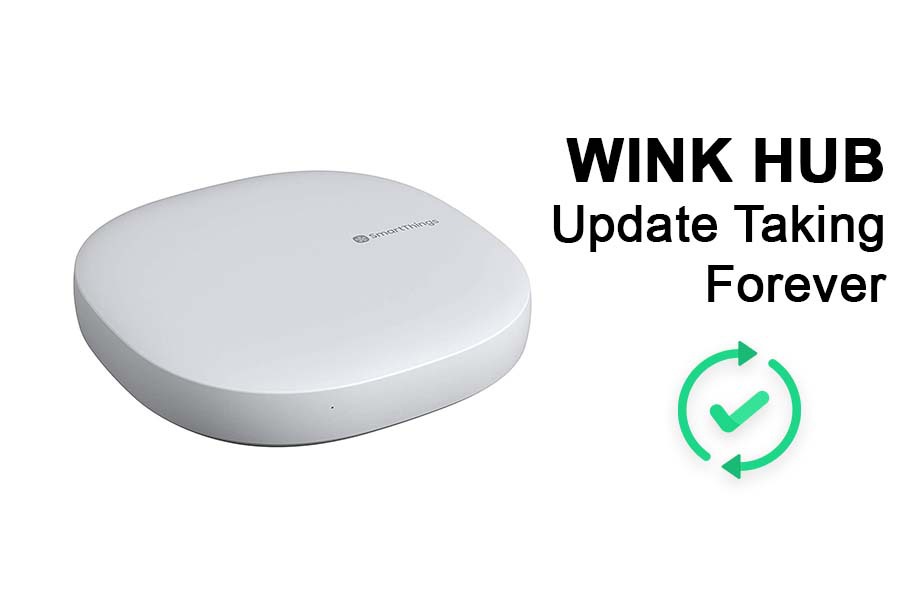 Several users of Wink Hub have had this particular issue at some point in time. They stated that while they perform an update on their wink hub, it keeps on updating for hours and takes forever.

Usually wink Hub update takes 10-15 minutes, depending upon your internet speed. But if it is taking longer than that, then there might be other reasons for the cause.

This article enlists all the possible causes to clear the reason for the wink hub update taking forever.

We have also elaborated on how to troubleshoot these issues on your Wink Hub and use it without interruptions.

This is one of the very common yet major reasons why your wink hub update is taking forever. Wink hub is not being able to download the update quickly because it’s facing some interference.

For example, you might be having a bunch of network extenders that may have saturated the particular place. This is why your Wink hub is experiencing interruptions while downloading the update properly.

To fix this, all you need to do is unplug the wink hub and then place it in a different area away from your router. Wait for a while, and then plug the hub back.

Now, try updating the hub. Your problem is probably fixed by now as far as the interference is reduced.

Many users who were able to fix this issue mentioned this method of troubleshooting. This has been quite effective for a lot of users.

First, you can try connecting your Wink hub to the mobile hotspot. Second, you can now try downloading the update using the hotspot.

The reason we do this is that sometimes the signal strength of the hotspot is poor compared to the Wi-Fi router, and your Wink hub can easily download the update and install it without it being overwhelming.

All you need to do is go to the network settings on your mobile and initiate broadcasting a hotspot channel from there.

Once you do that, you can connect the Wink smart hub to the channel and update the firmware.

This is one major cause of your wink hub update taking forever. The speed of the internet connection might be the reason if your update is stuck in a loop.

After the update is downloaded, we know that it takes a minute or so to install on the smart hub.

While installing, you see that the downloading doesn’t stop and keeps on adding more updates to your system.

If a new update is downloaded on the system before the existing one is installed, then it will lead to the hub getting stuck in the update loop.

If you have been facing a similar problem, then the speed on your internet connection may be too fast, and the hub cannot keep up with it.

This causes the features to download more quickly than their installation on the hub.

You can fix this by simply putting a constraint on your hub’s speed in downloading the updates. You should set it around 400kbps, and you will be able to get rid of this issue.

If you are not aware of setting the speed at a particular frequency, you try to start streaming or downloading movies while your hub is installing the update.

Doing so will ensure that more of the internet speed is used to download movies, leaving minimal resources for the Wink hub and letting it update without interruptions.