Z-Wave is a communication protocol built for automation. For years, the use of this technology transformed common electronic devices to become smart devices.

Thanks to the establishment of the Z-Wave Alliance in 2005, it proves to be very strategic towards the development of Z-Wave and the diverse list of smart devices nowadays supporting this technology.

Now, let’s clear things up and know the difference between Z-Wave and Z-Wave Plus. 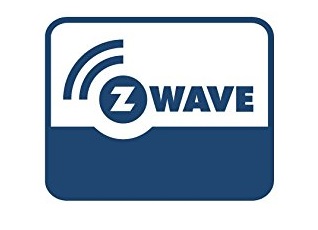 Z-Wave is a communication protocol that is wireless, RF-based, and interoperable, aiming to enable the control and monitoring of smart devices.

It aims to allow automation in homes and even in businesses. Through Z-Wave technology, different devices, like switches, bulbs, hubs, and thermostats, become smart enough to talk to each other and perform accordingly through this communication medium.

Z-Wave is a technology that runs on the system of mesh networks. Mesh network refers to devices passing signals from one to another through the main z-wave hub, allowing one to send a message to another wirelessly.

Each device connected has about a 300 ft range. As long as every device is placed within this range of at least one other device, the entire network can be huge according to your requirement.

Moreover, the Z-Wave network supports up to 119 devices, which will give you about 69,000 ft of full coverage. Even for larger properties, this kind of range is more than sufficient.

Z-Wave is one of the most progressively leading smart home wireless protocols found in countless devices worldwide.

It’s the kind of wireless technology that doesn’t even hinder your WiFi signals and runs on low power.

Z-Wave technology is operated with our everyday products such as lights, locks, thermostats, and sensors to make the devices’ smart’ for an efficient home automation system.

Z-Wave enables these devices to communicate with each other and lets you control the devices from wherever you are. Z-Wave runs at 908.42 MHz in the US and Canada.

What is Z-Wave Plus? 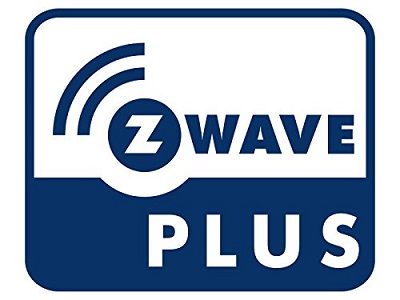 Many have heard this new term called “Z-Wave Plus” for some of the latest smart home devices. More importantly, it was a top upgrade to this technology.

While Z-Wave is the technology, Z-Wave Plus is the new program that certifies products that use the newly introduced ‘Next Gen’ Z-Wave hardware platform, also known as 500 Series or 5th Generation Z-Wave.

The Z-Wave Plus Certification program aims to certify products and solutions to a set of extended features and capabilities of the Z-Wave technology to enhance the use and experience of Z-Wave for the consumers.

Z-Wave 500 series, aka Z-Wave Plus, upgraded the technology developed back in 2004 by adding increased range, OTA enhancement, RF channels, and better battery life.

The Z-Wave Plus V2 Certification program is the latest version. It consists of an improved S2 security structure and SmartStart, an efficient setup feature that will ensure true plug and play for the smart home.

Z-Wave 700 series launched in 2019 has only been included on devices only recently.

This has made things even more long-lasting with about 64% lesser power used, better processing power, and extremely efficient memory.

Features of Z-Wave Plus

What is Z-Wave Plus™ Certification?

Z-Wave Plus™ certification is a program intended to assist buyers in identifying products possessing the benefits of the ‘Next Gen’ Z-Wave hardware station, which is popularly known as the 500 Series or the 5th generation.

The Z-Wave Plus certified solutions come with a customized set of expanded attributes and proficiencies to improve the user experience with a faster and simpler Z-Wave setup and installation process.

Z-Wave has enabled interoperable devices for smart homes ever since the initial device was certified in 2004.

When the Next-Gen Z-Wave 500 series hardware station was introduced, there was a boost in the ecosystem with better functionality, including extended battery life, improved range, upgraded OTA (Over the Air), three RF channels, and much more. All of these are entirely backward compatible with the previous Z-Wave devices.

The Z-wave Alliance offers a sequence of packaging logos found on every Z-Wave Plus™ certified product under the Z-Wave Plus certification program.

What is the Z-Wave Alliance?

The Z-Wave Alliance is an alliance of global industry and market leaders who oversee the development and management of Z-Wave technology for automation applications such as homes and businesses.

As an organization, it creates the standard set of requirements for applying and using Z-Wave technology.

In 2005, the Z Wave Alliance was established. As an organization, it is composed of different companies with a common goal. Their goal – develop and extend Z Wave technology to enable smart home and business applications.

With this unity, the benefits of Z Wave will continue to grow and allow the smart technology to lean towards getting the best out of the Internet of Things.

With Over 1500 products, the leading brands, members of Z Wave Alliance, have created a diverse ecosystem of smart home automation technology.

The best outcome from this alliance is full interoperability. Through Z Wave, smart devices from different brands will work with each other.

In short, customers can use a mix of products created by different brands without problems. So, the biggest winner of this unity is the consumers.

With this, consumers can choose which smart devices they can use or which combinations of brands they would like to have.

Thus, this is the biggest advantage created by the organization.

Z-Wave vs Z-Wave Plus

These features aim to extend further and strengthen the capabilities of Z-Wave technology.

This will help support smart homes and even commercial automation applications even better and faster. With these new features, Z-Wave can further enhance how it enables smart devices to cater to automation needs, especially smart homes.

You’ll know if the smart devices are certified with Z-Wave Plus through its logo. To see Z-Wave Plus certified devices, visit the Z-Wave alliance site and look through the catalog of products.

What Benefits You Should Expect with Z-Wave Plus?

In general, users can expect great improvements when using Z-Wave Plus smart devices.

This will allow all the more help to improve home automation that even the classic Z-Wave already has provided.

The innovative latest features of the Z-Wave Plus devices have been an amazing extension to Z-Wave, assisting you to experience one of the most reliable and efficient wireless home automation protocols.

You still need to be aware, especially because the initial devices are designed with the new commands and features available in the 500 series chips.

If the Z-Wave Plus system is already installed, every device is of the 5th Generation variant, and it won’t get you any issues whatsoever. These would operate together flawlessly, in fact much better than any OTHER z-Wave system by far.

It will offer you all kinds of advantages that the latest features include better range, enhanced bandwidth, and extended battery life.

Is Z-Wave Plus backward compatible with Z-Wave?

Yes, Z-Wave Plus is backward compatible with classic Z-Wave devices. There’s nothing to worry about if you have old Z-Wave devices which are not certified with Z-Wave Plus. It will still work fine.

Compatibility With the Existing Generations

The Z-Wave design is quite compact, implying that the sensors and certain other devices can be compact with lesser power consumption.

This, in turn, means that there has been significant energy management and extended battery life.

The makers attempted to maximize the battery life up to 2 years on Z-Wave Plus door locks.

Our team is still testing on that, and once we are done, we’ll be sure if they made it or not. But based on the results so far, we can say that they are much closer than the previous generations.

The device range has been upgraded quite notably. This will help with the actual range and offer a better mesh quality through more routes available than previous generations.

Each device can communicate to a greater selection of other nodes. Our experts have stated this to be a significant improvement, resulting in lesser lost or delayed messages.

The time invested in the transmission process through the hub to a node will now be much faster than before.

You can perform firmware updates if the device is Z-wave Plus too and is created to do so. Quite an enhancement over the existing ones.

The pairing feature has been said to be made much easier. However, our team is still working on the results of that.

There has been some significant improvement in the network management which might not be perceived, but you will notice them eventually once you start using it.

The devices in the previous generation still work as well as any. Still, you can have a network of mixed and matched generations. But then it will require Z-Wave Plus as your primary controller to enjoy all the benefits.

If you possess a Z-Wave controller such as SmartThings V1 and add a few individual Z-Wave Plus devices to the network, such as sensors, it will have extended battery life and be much more compact.

Additionally, the logo looks almost exactly similar to the previous one, except now it includes the term “PLUS.”

Z-wave Vs Z-wave Plus: FAQs

Does a Z-Wave Plus product work with a classic Z-Wave product?

As mentioned earlier in the article, Z-Wave Plus is backward compatible with the classic ones.

Why was Z-Wave Plus not introduced from the very beginning?

Z-Wave technology has come a long way with twelve years of consistent development and market experience, which has brought many significant upgrades to communications technology.

Latest advancements such as micro-chip stability have made these improvements possible yet cost-effective.

Is Z-Wave Plus Expensive?

Not Exactly. Mostly these technologies, the accuracy increases consistently, yet the cost remains about the same.

Although, there may be some nominal differences in the prices between classic Z-Wave products and Z-Wave Plus products. Still, these differences are more because of the advanced features than the cost of technology.

How do I recognize a Z-Wave Plus product?

Z-Wave Plus certified products are simple to identify by the visible logos on the products and the packaging.

If you want some additional details on Marketing and Technical Certification for Z-Wave Plus devices, you are supposed to be a member of the Z-Wave Alliance.

Now, you should know the difference between Z-Wave and Z-Wave Plus. You should be able to at least distinguish smart devices if they support Z-Wave or also Z-Wave Plus.

This will help you better select which Z-Wave smart devices you will be using. If you want better performance and experience, you can choose the smart devices Z-Wave Plus certified.

Either way, whether you choose classic Z-Wave or Z-Wave Plus, you will experience great home automation.

So, in this friendly Z-Wave vs. Z-Wave Plus battle, both win since they work together and use the same technology for smart devices.