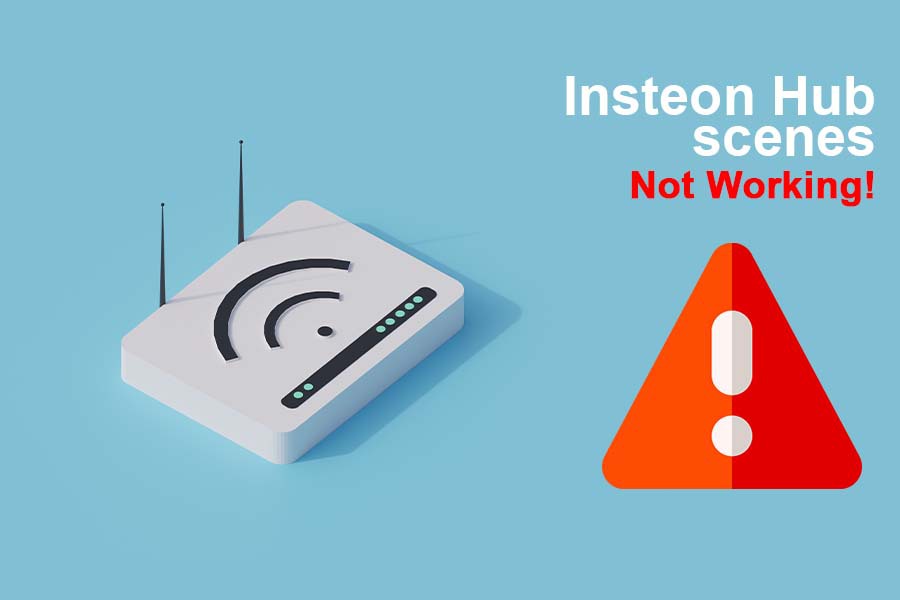 “Insteon Hub Scene Not Working” – What to do when you face this issue?

We read through many discussion and helpline forums and found this query very common about Insteon Hubs.

We shall quote one of the concerns by a user, which was quite common amongst others too – The user explained that they got the Insteon Hub, installed it, and then paired it with the devices owned.

Later on, they created about three scenes on the hub, one to turn on at sunset and sunrise, respectively, and the other two for the wall outlets.

Usually, the scheduling on the Insteon hub doesn’t allow multiple schedules, so user-created two separate scenes. The user further reported that even after assigning the said schedules to each scene, none worked.

Thus, they said it looks like there wasn’t any set schedule, to begin with.

We covered this issue as this was the most common one related to the subject. Of course, some users might have different issues depending upon the model and version they are using or the purpose they are using it for.

Still, most of them reported their concern under “Insteon hub scene not working.”

You could be facing this issue due to many different reasons.

In this article, we have explained all the possible reasons you are facing such issues and how to fix them. Just try these ways and troubleshoot your problems:

This is one very basic reason for your Insteon hub scene not working. There might be interference that is causing the hub to be unable to create any scene required at a particular time.

We suggest you understand the issue that you are facing and be sure of it first. You should check if the scenes are not working on an entire schedule and just at a specific time.

The most common for this issue to occur repeatedly is an interference occurring with a different schedule and might be overlapping.

Create a Scene with Two Modules

Several users prefer setting up multiple modules on one similar schedule. There is a specific procedure to perform such activity. Inability to follow the process might cause the modules to stop working altogether.

To create multiple modules, you should make an entire scene with two modules. After you have done this, you can set a schedule for that scene without any hassle.

Other Possible Issues For Insteon Hub Scene Not Working

If none of the ways mentioned above are working for you, then there may be some other technical fault in your hub.

You can search through query sections on the internet and get many possible ways to troubleshoot the issues and enable you to avoid any glitches that might cause your hub to malfunction.

You should make sure that you have checked all the possible causes yourself, such as internet connection, hub, settings, etc.