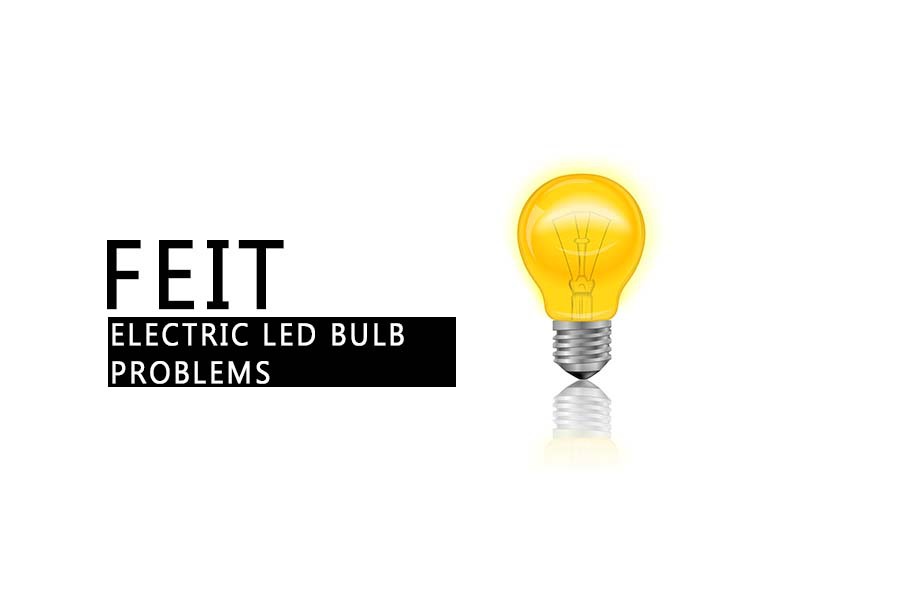 Several issues have been reported by the users when using the Feit Electric Bulbs. We read several online forums and review sections where people have written various concerns and experiences with their Feit Electric LED bulbs.

These issues depend upon the kind of use people have for these smart bulbs.

Some have reported that their Feit LED bulbs don’t turn on and while others said they have been flickering for no good reason. Thankfully most of the problems registered are easily fixable and not so severe.

In this article, we have listed all the possible issues that you could be facing with your Feit Electric LED smart bulbs and ways to troubleshoot them.

We have tried to cover all necessary information regarding this particular subject. Just follow the steps listed below:

This has been a common complaint by the users. They hear a low humming sound coming from their LED Bulb, which is quite disturbing to them.

The bulbs usually make such sounds when you have connected them to a dimmer, which is incompatible.

In such a case, all you can do is replace your existing dimmer with a new one. Look for a dimmer that is compatible with your Bulb and try connecting it again.

Sometimes when users try to turn on the Bulb, they don’t work at all. In such a case, you might be running because of a fuse blow.

A tripped circuit breaker is blocking the power to the fixture. It might have blown your fixture, or maybe it burned out your Bulb. Make sure that the wires that connect to the dimer are secured firmly.

Many times, you wind up with a faulty piece of equipment. It certainly is an unfortunate event when you invest your hard-earned into something that turns out to be defective.

If you have fallen victim to fraud marketing, then we suggest you contact your retailer from where you purchased the LED Bulb immediately.

Depending upon his return policies, the retailer will provide a suitable solution for your issues.

If the product is under warranty and it isn’t expired, your faulty piece will be replaced with a new one.

This is yet another very common issue users reported. If your Bulb is flickering or blinking when it should not, then there can be a couple of reasons for doing so.

For example, your dimmer might not be firmly secure, or you might be getting a low power voltage.

In such cases, you check the fixers and try tightening the loose bulbs until you ensure that the bulbs are marked ‘dimmable.’ Make sure the wires that connect the dimmer are secured firmly.

If it still doesn’t improve, then you might be experiencing power spikes and surges.

You can set the lowest dimming level to curb the flickering in two ways. First, if the smart features are enabled, you can control the dimming levels using the Feit Electric Smartphone app.

Go to settings and then adjust the level of brightness to a minimum until the flickering stops. This low-dim level can be set on the dimmer manually.

It is very common for an electric bulb to warm or generate heat often. But sometimes, these bulbs get overheated, which is neither normal nor safe.

If a bulb keeps heating for a period longer, it might blow up the fuse or even burst with heat congestion.

In such cases, we suggest you ensure that the Bulb is turned off immediately until it cools down.

Check the power voltage on your Bulb. If it is too late to let the Bulb cool down, it will stop, and you might have to get a new one.

The final issue in our list for Feit LED Bulb to malfunction is a faulty socket. In case you have connected your Bulb to a dead socket, it will not work.

In such a case, you should know if the socket is dead or it is just a faulty bulb. We suggest you try connecting that Bulb into different sockets.

If the Bulb works in other sockets, then your socket is defective. Otherwise, it is the faulty Bulb.