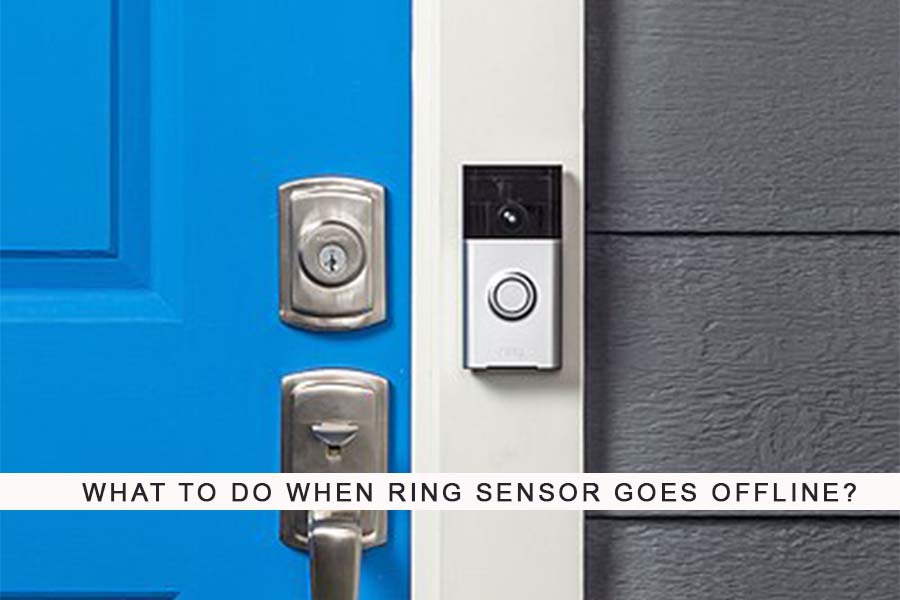 Several users have reported concerns about their Ring Sensors going offline much frequently.

Users with multiple contact sensors have explained that few of the various sensors consistently keep going offline and online.

They further added that once their Ring sensor goes offline, it would remain for hours or even days.

Security systems going offline is a severe concern as all protective actions depend on these devices. Such randomness of the devices going offline frequently has created doubts amongst the users about the brand’s authenticity.

Sensors are supposed to be active at all times for proper flawless security around your premises.

1. Try Adjusting the Position of the Sensor for an Improved Signal Reception

This is a very common solution and the most basic step that users tend to neglect. However, it is worth mentioning that the keypads also act as a range/node extender.

Moreover, these keypad extenders work way better than many other range extenders in the market today. Hence, we suggest placing it at a position close to your sensor, which would be quite helpful.

Some users have also tried to fix their ring sensor offline problems by removing the alarm base station. Before doing this, you should remember the exact angle you placed as it is quite an important aspect.

This is why we would suggest you move the device to a higher position than usual or even at another orientation.

It would help if you placed it wherever you see it can give the best signal reception.

Adjusting the position of the sensor should help you resolve your issues. However, if the repositioning doesn’t help, we suggest you go for replacing the sensors.

The main cause of the Ring sensor going offline is that they are frequently acting up. If such is the situation with your device, too, then the only thing you can do is get it replaced with a new one.

Generally, the contact sensors do not have a long shelf life. Therefore, they do not tend to function for a long period. One more factor could be that you have been a recipient of a defective product.

In any case, the only plausible action you can take is simply replacing your contact sensor with a new model to get them to work properly.