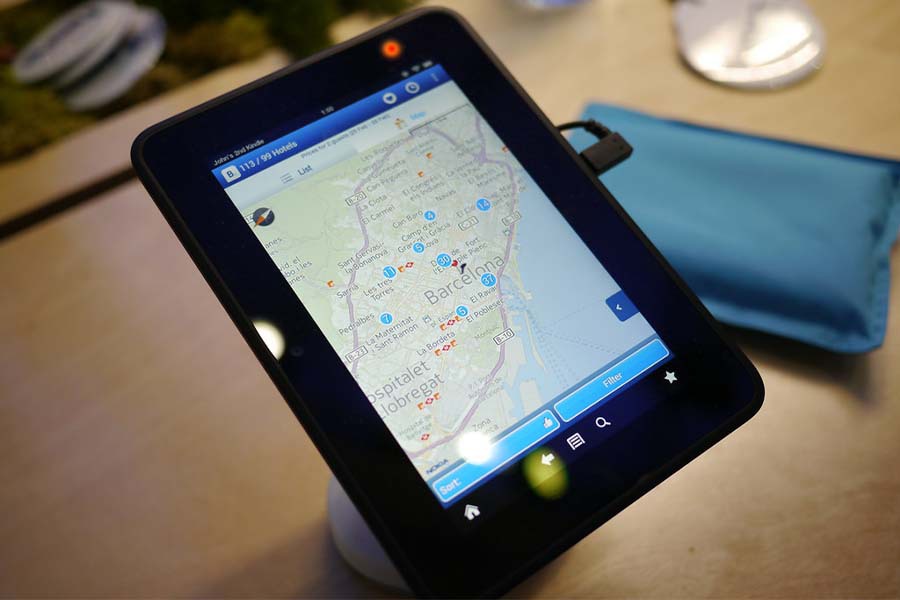 Many people have been asking about this particular occurrence. People who are new to using Kindle are unaware of what the different color lights on Kindle indicate.

People have stated that whenever they plug in the Kindle for charging, the tiny light bulb next to the charging port turns orange.

The battery life on Amazon Kindle is pretty good and can have great features to give an amazing reading experience.

However, if the battery gets completely exhausted, it might take some time to charge, and you might see the orange light constantly for some while.

This article explains the reasons in-depth for the blinking light on your Kindle. We will guide what the Kindle orange light indicates while charging it. So, let’s get started:

If the battery on the Amazon Kindle is too low, there will be an exclamation mark next to the battery icon going red to indicate so.

Once you plug the power cord in your Kindle, the LED bulb will turn on with a bolt symbol beside the battery sign on display. The LED light indicates the charging status of the Kindle’s battery to the users.

It has two color indicators, orange and green, for different battery stages. Whenever the battery goes low, the LED indicator will blink orange, and if it’s fully charged, it will turn green.

Green LED indicator means that you can now disconnect the power cord from the Kindle.

When the LED indicator is orange, it implies that the charging is still going on and the battery hasn’t been fully charged. Hence, it would be best to let your Amazon Kindle charge until the light turns green again.

Then, after a few hours, when the battery is fully charged, the light on your Amazon Kindle will turn green. This lets you determine if the Kindle is charged fully without checking the screen for battery status.

Thus, you can safely plug the cord out on time.

As it can be drawn from the above explanation, there is nothing to be worried about. The LED indicator, orange or green, is no threat to your device or its working on the Kindle screen.

It will light up every time you plug your power cord into your Amazon Kindle. The only purpose of the orange indicator is to indicate the battery status and the duration for which the power cord should be connected to the Kindle.

It does not notify the user about any other error with the Kindle whatsoever.

Amazon Kindle could take some time to be charged to 100%, and you will have to wait for some hours until the LED indicator turns green.

Therefore, it is advisable to keep the power cord plugged in until fully charged and not disconnect it frequently.

According to the testament of device experimenting and observation, we’ll say that the average charging duration of the Amazon Kindle to 100% is about 4 hours.

Therefore, the LED indicator will be set on orange until your Kindle is fully charged, i.e., for 4 hours.

What if the Kindle is Not Charging?

If the LED indicator light is blinking orange for about 5 hours or more than that, then there might be something wrong with your Kindle.

If you are confident, there has been some issue with your Kindle. Then we suggest you contact the customer support at Amazon and explain to them the problem you are facing.

We are positive that a Kindle shouldn’t take more than 5 hours to be fully charged. If it is doing so, then either your power cord has gone defective, or the port might have gone obsolete.

If both of these are okay, then probably it’s the battery of the Kindle that is malfunctioning.

You can generate a grievance ticket on the Amazon forum and start applying various troubleshooting tips recommended by Amazon support members.

These ways will help you resolve any issues that you face with your Amazon Kindle.