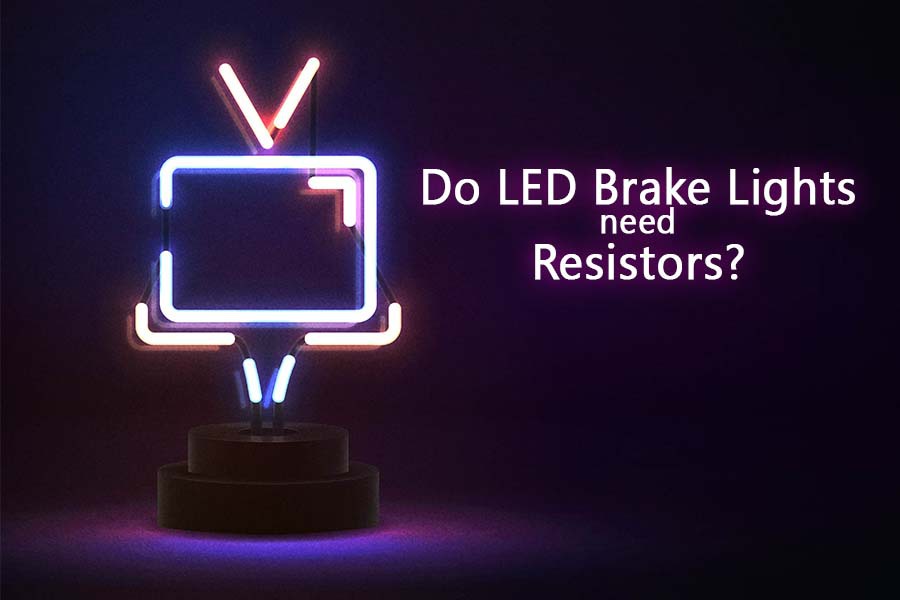 Users will most certainly feel the requirement of load resistors when they want to replace halogen or incandescent light bulbs with LEDs.

For example, you can use load resistors such as Putco LED Light Bulb Load Resistor to install blinker circuits. Resistors help prevent the blinkers from hyper flashing.

Since LEDs are current-driven devices, they always require load-bearing resistors to filter the supply of current. Therefore, if you wish to replace the original LED in your car, we recommend using an efficient replacement.

You might also look for LED assemblies or kits which include indicator lights with built-in resistors.

When you replace LED light bulbs, make sure they have the required resistor of 12-volts in them.

We have observed in many cases that resistors were added across the ground to draw more current for the flashers.

For many people hanging in the loop with this question, you might want to know the working dynamics of such brake lights before deciding to spend on a resistor.

LEDs are mostly driven by a constant current supply, making it necessary to connect a resistor in series or another source to limit the current supply.

In the same manner, several advanced vehicles do not come with an appropriate system that enables a direct replacement of original product manufactured tail light assembly.

Therefore, it becomes very important to get a load-bearing resistor for every indicator light bulb in such a case. Moreover, the load resistors require superior mounting to avoid any overheating or fire hazards of the components.

LED lights have a common downside of causing hyper flashes. Those who are not aware of hyper flashing mean a turn signal is blinking faster than it should.

Installing a load resistor (also called equalizers) to your LED lights will prevent such hyper flashing.

Hyper flashing is also an indication of some glitch that might have occurred in the light, which will cause the bulb to fail eventually.

Therefore, adding a resistor has huge significance. Even then, it would be best if you were very careful about the wiring and connection in the appropriate spot.

Connecting a resistor wrongly or not connecting one at all can create other problems too. It can harm the essential features of your car severely.

Moreover, due to carelessness, some people tend to leave such issues unchecked for a very long period.

This causes the load resistor to raise the temperature and meltdown insulation, which can further cause heinous fire hazards.