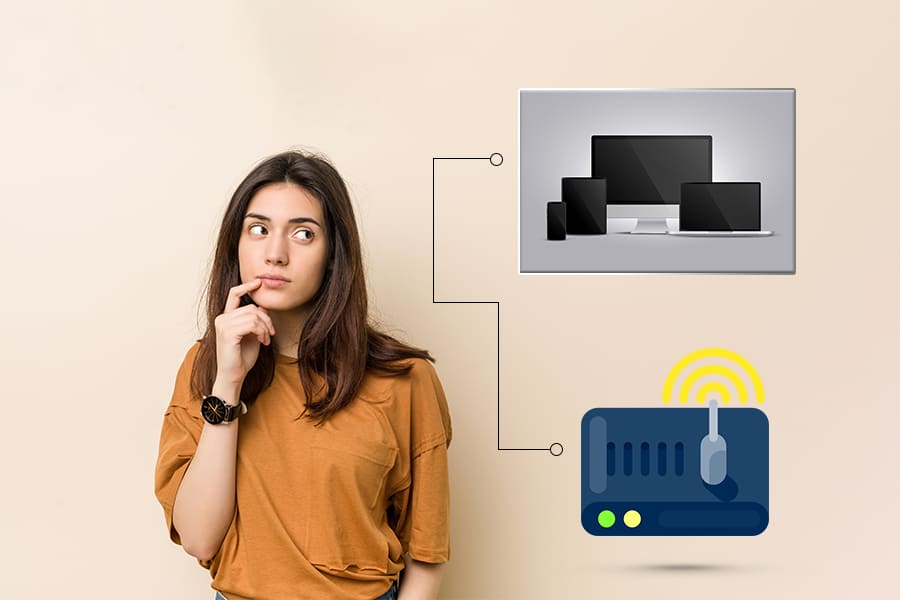 Apple’s HomeKit uses either Bluetooth or WiFi. The iPhone, Apple TV, and iPads only have these protocols built-in. But this in no way implies that it cannot use a Z-Wave device.

For instance, the Phillips Hue Smart Lighting Kit is officially compatible with HomeKit and uses Zigbee wireless protocol for its light bulbs.

This can be resolved with a ‘bridge’ device that means a gateway acting as an intermediary. On the other hand, Phillips creates a Hue Bridge that will act as an intermediary source between a standard computer network and Zigbee protocol.

This Hue bridge can be plugged into your Ethernet, which can then be connected to a WiFi network for iPhones to communicate. It can be linked to an Apple iPad or TV through Ethernet or WiFi, which will be accessible remotely across the Internet through HomeKit.

It is quite possible that a bridge device can act as an intermediary between Z-Wave and HomeKit. The current solution to this is an unofficial software bridge, i.e., HomeBridge. It is an open-source and free program for Linux.

One of the main objectives of HomeKit design is to offer a greater security system for home automation than the existing one, the same as Z-Wave has provided.

It is hoped that Apple will dynamically come with some productive technology to abandon HomeBridge completely. Officially HomeKit needs a distinct chip to be included in order to handle the encryption and verification of the device.

This chip can be currently seen built-in the Philips Hue Bridge V2.

Apple offers its latest Siri-controlled HomeKit to operate with specific previous non-HomeKit home automation devices, which include the ones that use the progressing wireless protocols like Z-Wave or Zigbee, with obvious limitations.

As per the new specifications, the updated Made for iPhone (MFi) licensing program entails the various kinds of home automation devices apart from HomeKit permitted by Apple to communicate with the platform.

It will let the non-HomeKit devices be managed through commands of Siri on iOS devices.

Can you connect Z-wave to HomeKit?

Yes. The European supplier of home smart home systems, Z-Wave Europe, proclaimed that the latest upgrade of homee enables a bunch of devices to be integrated with Apple’s HomeKit.

With the new upgrade announced, it is now possible for the devices operating on Zigbee, Z-Wave, or EnOcean wireless protocols to integrate with HomeKit and be controlled through the voice commands of Siri.

Homee is now the world’s first smart home gateway with this development, which will link devices from such wireless systems like Z-Wave, EnOcean, or Zigbee to HomeKit.

With the help of HomeKit integration by homee, Zigbee and Z-Wave devices can be operated as HomeKit devices.

All regards to mesh networking, both protocols have a much greater range.

Can you integrate HomeKit with Z-Wave devices?

Yes. You will have to find a Z-Wave compatible home automation solution. Look for a Homebridge plug-in, then search and observe what that community is up to.

Homebridge is an open-source, free app that generally operates on a Raspberry PI emulating the iOS HomeKit API. It has plug-ins that integrate non-HomeKit hardware. Apple also offers non-commercial access to use HomeKit.

How can you use the Z-Wave Automation Bridge with HomeKit?

You can add an automation bridge to various devices such as Vera Plus, Fibaro Home Centre, or Vera Edge to Z-Wave Gateway Controller and promptly connect your Z-Wave devices with Amazon Alexa, Google Home, and Apple HomeKit.

After the automation bridge is connected to your Z-wave hub, you can easily add your Z-Wave devices to Apple HomeKit with Siri’s voice control.

1. Connect the automation bridge to the router with the comprised ethernet cable and turn it on.

2. Once you have connected to the home network, access your automation bridge setup panel from any web browser.

3. Enter a few settings for connecting with your Z-Wave Gateway Controller and combine your smart home.

You can control all your HomeKit devices much securely with the help of the Home app. You can run the voice commands by asking Siri to turn the lights on/off straight through your iPad.

You can give comfort commands such as locking the front door with the iPhone. Manage and control your smart home from wherever via Apple TV and enjoy music anytime you want with your HomePod.

Automation bridge can build on these firm foundations forming an understandable and much stronger integration with the Z-Wave-powered with Amazon Alexa, Apple HomeKit, and Google Home, enthused by an open-source resolution.

Yes, once you have a successful setup. It is simple to set up the device, and you need to plug it into your router, access the web admin page, and then configure some settings to add your Z-Wave pathway.

Once you are done with the setup, you can control switches, lights, blinds, thermostats, and locks via Siri, Google Assistant, or Alexa.

Siri can also receive the sensory statuses including motion, door/window switches, temperature, and humidity through voice commands. The HomeKit can receive actionable data and send orders.

How to add a device to HomeKit?

For adding a new device to the HomeKit setup, you need to follow these simple steps:

3. You’ll be then asked to add an accessory, click “Allow.”4. Click “Done” once you get all the information entered.